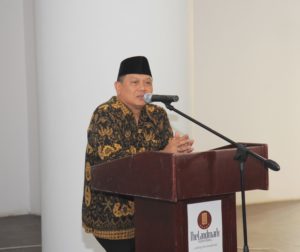 “With its rich history Azerbaijan is the pearl of the Caspian Sea,” said Indonesian ambassador Husnan Bey Fanani at a presentation of his country in Baku.

He noted that the embassy plans to hold a number of events in Azerbaijan to promote Indonesia’s tourism potential. According to him, the second Indonesian Culture Festival will be organized in Baku on September 9-11.

“The opening ceremony of the festival will be held in Heydar Aliyev Palace. We expect a huge delegation to come from Indonesia for this event. Along with Miss Indonesia and other popular figures, there will be businessmen as well. The second day of the festival will see a fun walk at the Baku boulevard where everyone will be able to join,” he added.